We pray that everyone would have an encounter with the Lord, be equipped as a believer, and have a heart for evangelism. We want to be laser-focused in our efforts to make that vision a reality. Therefore, every ministry at Forks will be done in an effort to foster the vision through corporate worship, discipleship, life groups, prayer meeting, and service projects creating deeper relationships with the Lord, with the church, and with the community.

We are a growing church with a warm, loving spirit. We are not a perfect church, but we serve a perfect God. On our it says we are "A Church For Everyone" because we are a church ministering to all different types of people. Everyone is welcome in this church, no matter where they come from. We see the church as a family. We accept people where they are and trust God to change them, being fully aware that only a conversion by Jesus Christ can fully change a life.


Where We Come From

Forks of Elkhorn Baptist Church was first established in 1788. Back then, it was common for settlers to name their churches after landmarks, such as creeks, valleys rivers. From our original location the closest, most significant landmark was the Forks of Elkhorn. That’s how we got the name and we’ve kept it ever since, even though we are no longer near the Forks of Elkhorn or even in the same county where the Forks is located.

Since its founding in 1788, the Forks congregation has met in 8 different meeting houses, in 5 different locations, in three different counties, in two states, and surviving two fires along the way.

The Chapel or "Little Church" on Duckers Road was built in 1943. In 2003, Forks outgrew the “Little Church” and moved to its present location, directly across the street.

Every step along the way we have done our best to move forward in faith, keeping in step with the Holy Spirit. In 2014 we were blessed to add a recreation center, children's wing, and music and student areas on to our main building. One of our favorite sayings is "The Best Is Yet To Come!" We truly believe that God has even greater things in store for this church and for us who are believers.

What This Means For You

What does this mean for you? Most importantly, you're always welcome at Forks of Elkhorn Baptist Church. We're saving a seat for you. Wherever you're at in your faith journey, you'll always be accepted as part of the Forks Family.

If you're ready to plan your first visit, click here. 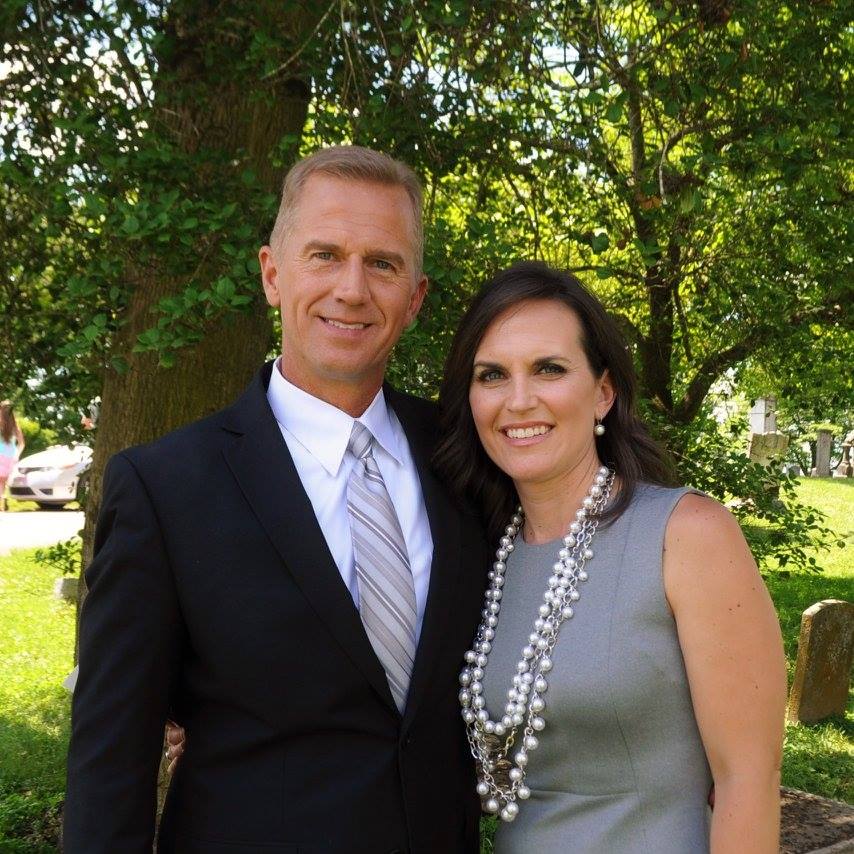 Pastor
Todd has served as the Pastor of Forks since 1998. He has a Bachelor's Degree in Communication from Georgetown College and a Master of Divinity from Southern Baptist Theological Seminary. Todd and his wife Kelly live in Frankfort with their three children, Isaiah, Sophie and Anne Katherine.

Associate Pastor & Minister of Music
Bill has served as the Associate Pastor and Minister of Music/Counselor at Forks since June of 2006. Bill has a Bachelor's Degree in Education and Master's Degree in Social Work from the University of Tennessee and a Master of Church Music Degree from the Southern Baptist Theological Seminary. Bill and his wife Linda live in Frankfort and have two daughters, Amanda Wash (and Allen) and Jenny Allison (and Josh), two grandsons, Rush & Hayes Allison, and one granddaughter, Jane English Wash. 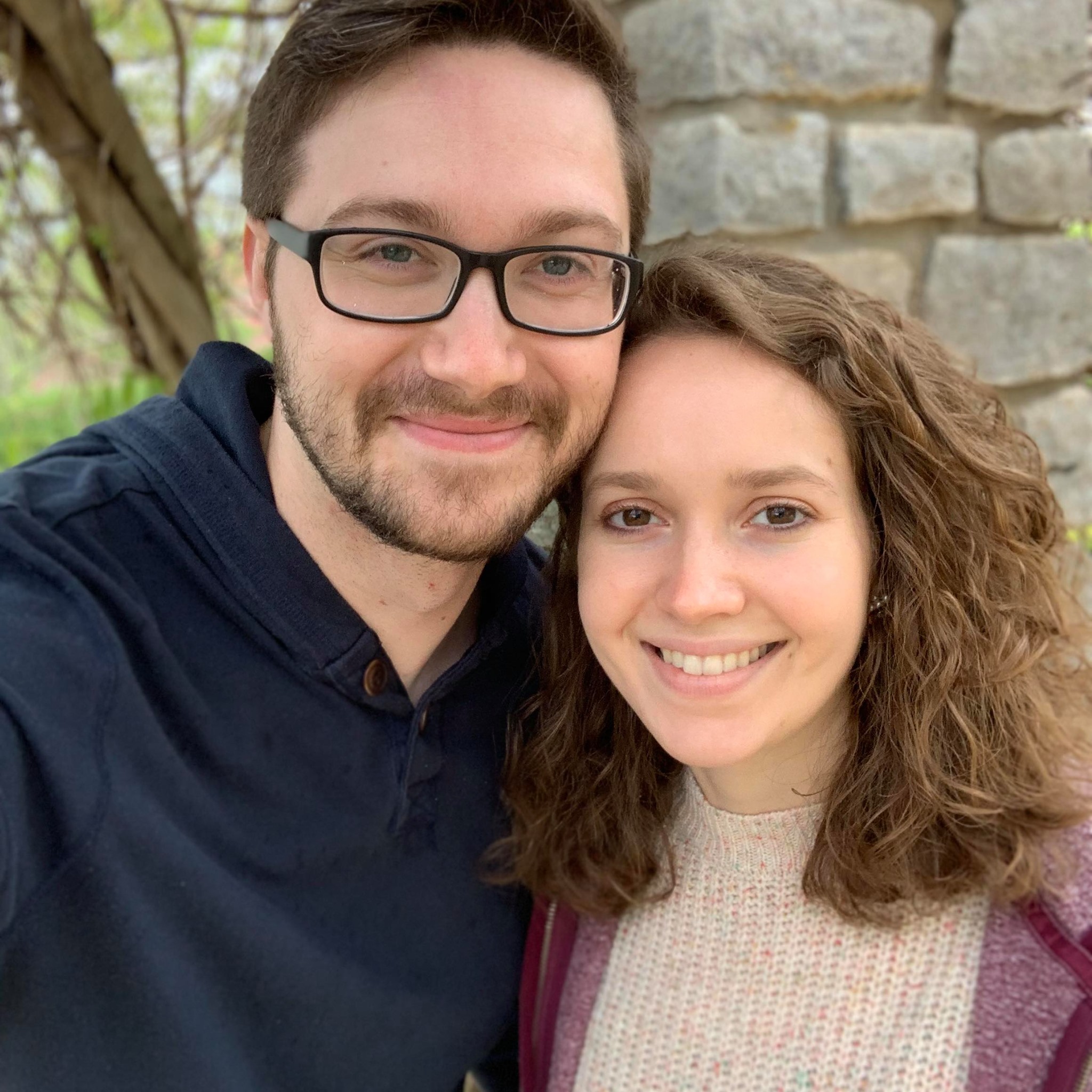 Student Minister
J.T. has served as the Student Minister at Forks since July of 2022. J.T. has a Bachelor of Convergent Media from Morehead State University and Masters of Leadership & Divinity from Asbury Theological Seminary. J.T. and his wife Elaine live in Versailles. 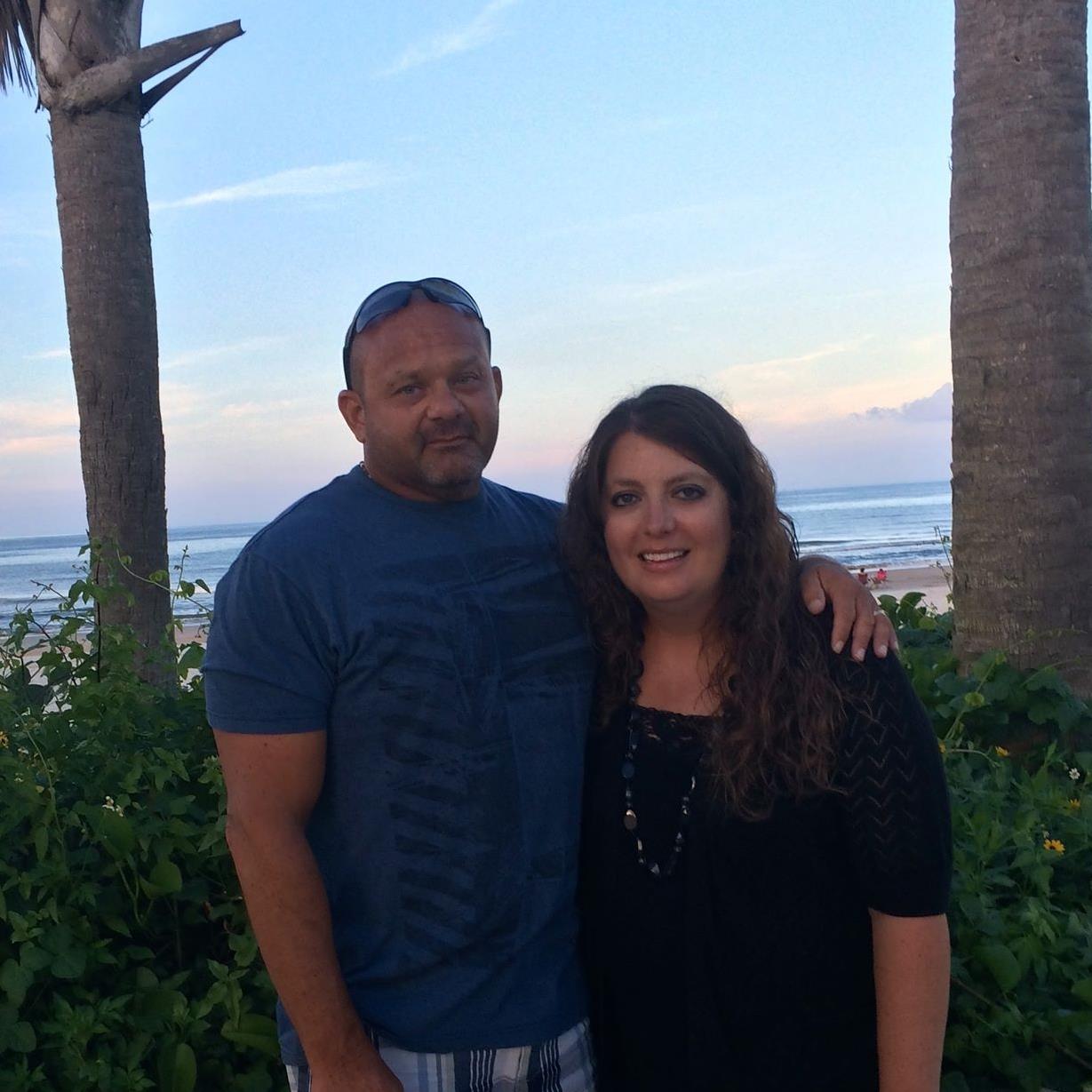 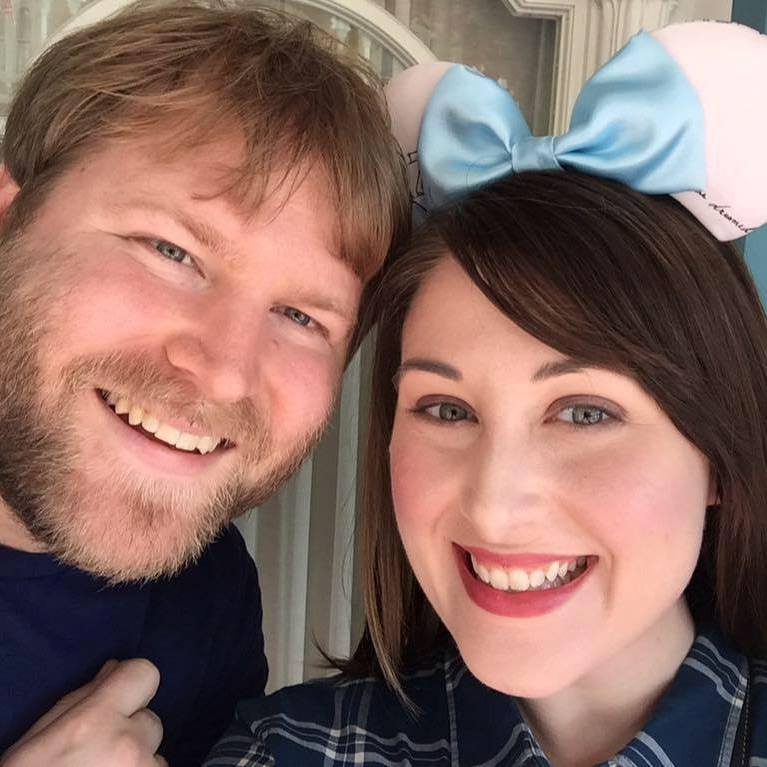 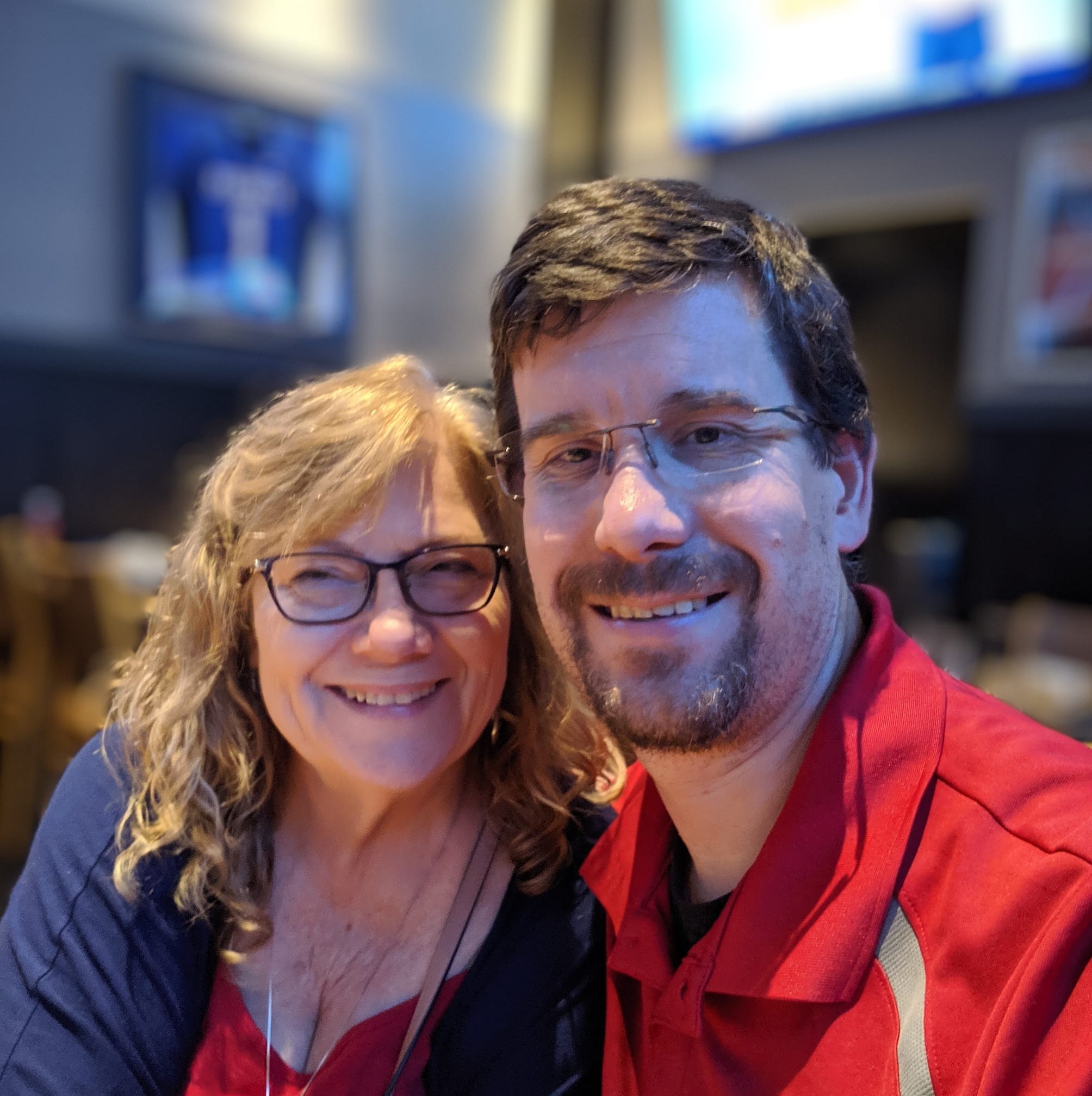 Staff Assistant
Karen has served as our Staff Assistant since November 2021. She holds a Bachelor's Degree from Purdue University. Karen and her husband, Christian, live in Lexington, KY.

Are you interested in becoming a member here at Forks?

To become a member, you may come forward at any of our services during the invitation, or, if you are not comfortable with that, you may obtain one of our membership cards from the church office to fill out and hand in privately.

You do not need to meet with Pastor Todd to become a member, but people often like to do that before they come forward. If you would like a meeting with Todd, please contact the church office (office@forksbaptist.org, (859) 873-1967).

We believe in full immersion baptism, unless you are prohibited physically. If you have been baptized before, you do not need to be baptized again at Forks, unless that is something you would like to do. To schedule a baptism, please contact the church office.

If you have more questions about membership at Forks, please contact the church office and/or look below to an excerpt from our Constitution & Bylaws concerning membership.

The membership of this church shall consist of persons:

Membership in this church may be attained through one of the following:

If you have questions about membership or would like to schedule a meeting with Todd, please contact us.

How did the church get from it's original location to it's present location at Duckers?

The route from “Forks” to Duckers has lots of twists and turns. Since its founding in 1788, the Forks congregation has met in 8 different meeting houses in 5 different locations in three different counties in two states and surviving two fires along the way.

The journey starts at the John Major home on the Glenary Farm in Two Creeks near the Forks. Shortly after the church was constituted, a log church was built near the intersection of Leestown Road and Steele’s Ferry Road. That was later replaced with a frame and then brick meeting house. It was at this location where the Forks’ worshipped until 1866.

Then it was on to Woodford County to the “Harmony Church” and to Duckers in the “Sampey Church”. After that was destroyed by fire in 1943, the “Little Church” was built on its ashes. In 2003, Forks outgrew the “Little Church” and moved to its present location in the “New Church.”
It’s been quite a journey indeed … and we’re still going … and growing!

Where was the original building located?

The answer to this question is not simple because it all depends on which "original church building" about which you are asking.

If you are asking about the first place the settlers gathered to hear Rev. William Hickman preach his first sermon, then you are asking about the John Major house. This building still stands today, serving as the office for Glenary Farm in Two Creeks. It is visible from Country Lane and can be seen by entering Two Creeks, driving past the guard station and proceeding past the entrance to Glenary Farm. The small, two story stone building located on the hillside on the left is the John Major house.

If you are asking about the first meeting house constructed by the Forks of Elkhorn Baptist Church, that question is a bit more difficult as time has been hard on the Forks Meeting House site.

Site descriptions say it was located near the intersection of Steele's Ferry Road and the Lexington-Leestown Road. Steele's Ferry Road no longer exists-it is now a tree line. The Lexington-Leestown Road (US 421) in that area has been relocated and widened. The meeting house was dismantled shortly after Forks moved from the site in 1866, removing any physical trace of its location. And although we have the 1795 and 1809 deeds for the land on which the meeting house and cemetery sat and an 1832 map locating the site, all boundaries and landmarks have been eliminated by time and area development.

A recent search of adjacent deeds place the site in the northeastern portion of the US 421Industrial Park (old Bendix property), but the precise location of “God’s Acre” has yet to be positively determined.

Don't Be Shy. Get In Touch.