“Devote yourselves to prayer, being watchful and thankful…” (Colossians 4:2 NIV).

Forks of Elkhorn Baptist Church Prayer Ministry offers prayer and support to the church members, attendees, and the community. We are committed to the power of prayer and want to encourage others in their prayer life.

Each Wednesday evening we have a Prayer Meeting at 6:00 p.m. A meal is served before the meeting at 5:15 p.m. This prayer meeting is open to anyone. During the we worship together, pray together, and have a short devotional time.

Every Sunday morning during our 11:00 a.m. worship service we have prayer warriors that meet to pray over the service and other requests. If you would like to participate in this ministry, please contact the church office.

Between Prayer Meetings, we send out prayer requests on our email prayer chain. If you would like to receive these prayer requests, please sign up using the form below.

Pastoral care is a term applied where people offer help and caring to others in their church or wider community. Pastoral care in this sense can be applied to listening, supporting, encouraging and befriending. There are many assumptions about what pastoral care is. Commonly, a Pastor’s main job is to preach messages, but in addition to preaching sermons, Pastors are also expected to be involved in local ministries, such as hospital chaplaincy, visitation, funerals, weddings and organizing religious activities. Pastoral care, therefore, is both encouraging the local congregation and bringing new people into the church. This is not to say that the congregation is not to be involved in both activities, but Pastors are initiators. Pastoral care is provided by all the ministers on staff of FOEBC, both individually by appointment and on and “on call” basis. There is no charge for Pastoral Care.

Clinical Counseling involves the development of a therapeutic relationship between a counselor and a client. Under these circumstances, the counselor is usually a licensed counselor who can provide mental health services in cooperation with the proper medical professionals. Clinical issues are usually handled by mental health professionals such as psychologists, licensed clinical social workers, licensed professional counselors, pastoral counselors, etc. FOEBC has a licensed clinical social worker on staff. William M. (Bill) Adcock, LCSW, (KY and TN) is available by appointment to provide assessments and work with people to help them find solutions to various life issues, approaching them from a clinical and Biblical perspective. 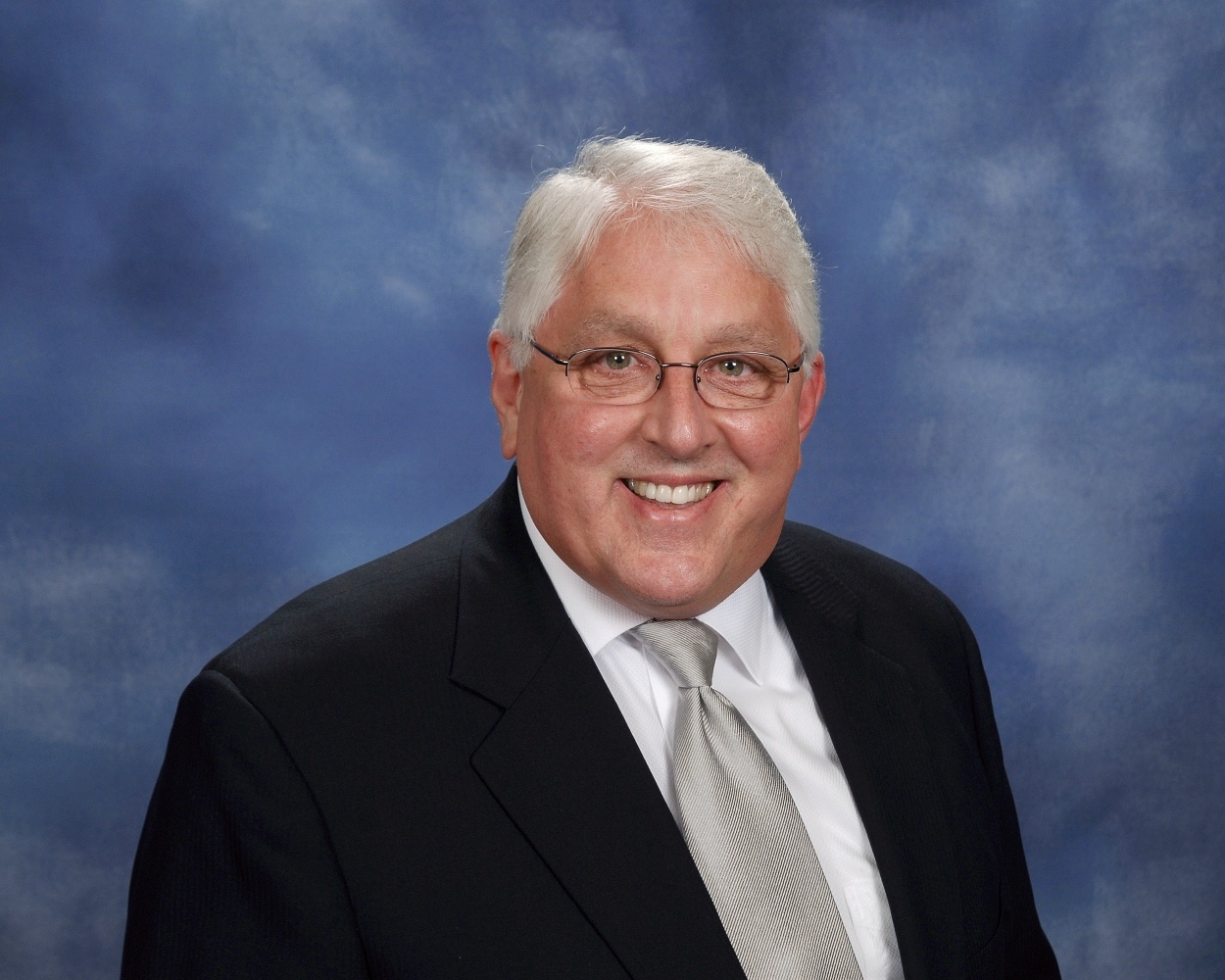 Bill is licensed to provide these services unless there is a conflict that would constitute an ethics violation. Click here to read the laws and regulations pertaining to the practice of clinical social work. Scroll down to “Laws and Regulations Booklet 2015” and click there to review the document. KAR 22:080 is found on pages 23-27. A determination will be made on first contact as to whether a clinical relationship with a member of FOEBC would be classified as a “dual relationship.” If that determination is made, the client will be referred to another licensed counselor for their clinical work. If it is determined there is no ethical conflict you will be able to schedule the appointment with Bill. The cost for counseling is substantially discounted for members of Forks of Elkhorn Baptist Church and will be discussed in the first session. Clinical counseling services are provided through Alpha Counseling Services, LLC. Alpha Counseling Services, LLC is NOT an entity of Forks of Elkhorn Baptist Church.

Contact Bill With Questions or To Schedule an Appointment:

How did the church get from it's original location to it's present location at Duckers?

The route from “Forks” to Duckers has lots of twists and turns. Since its founding in 1788, the Forks congregation has met in 8 different meeting houses in 5 different locations in three different counties in two states and surviving two fires along the way.

The journey starts at the John Major home on the Glenary Farm in Two Creeks near the Forks. Shortly after the church was constituted, a log church was built near the intersection of Leestown Road and Steele’s Ferry Road. That was later replaced with a frame and then brick meeting house. It was at this location where the Forks’ worshipped until 1866.

Then it was on to Woodford County to the “Harmony Church” and to Duckers in the “Sampey Church”. After that was destroyed by fire in 1943, the “Little Church” was built on its ashes. In 2003, Forks outgrew the “Little Church” and moved to its present location in the “New Church.”
It’s been quite a journey indeed … and we’re still going … and growing!

Where was the original building located?

The answer to this question is not simple because it all depends on which “original church building” about which you are asking.

If you are asking about the first place the settlers gathered to hear Rev. William Hickman preach his first sermon, then you are asking about the John Major house. This building still stands today, serving as the office for Glenary Farm in Two Creeks. It is visible from Country Lane and can be seen by entering Two Creeks, driving past the guard station and proceeding past the entrance to Glenary Farm. The small, two story stone building located on the hillside on the left is the John Major house.

If you are asking about the first meeting house constructed by the Forks of Elkhorn Baptist Church, that question is a bit more difficult as time has been hard on the Forks Meeting House site.

Site descriptions say it was located near the intersection of Steele’s Ferry Road and the Lexington-Leestown Road. Steele’s Ferry Road no longer exists-it is now a tree line. The Lexington-Leestown Road (US 421) in that area has been relocated and widened. The meeting house was dismantled shortly after Forks moved from the site in 1866, removing any physical trace of its location. And although we have the 1795 and 1809 deeds for the land on which the meeting house and cemetery sat and an 1832 map locating the site, all boundaries and landmarks have been eliminated by time and area development.

A recent search of adjacent deeds place the site in the northeastern portion of the US 421Industrial Park (old Bendix property), but the precise location of “God’s Acre” has yet to be positively determined.

Our Church Librarians are working hard to prepare our Library for you! We look forward to opening to the congregation soon! If you’d like to donate any gently used, current Christian books to the library, please drop them off at the Welcome Center.

Not a Fan calls you to consider the demands and rewards of being a true disciple. With frankness sprinkled with humor, Idleman invites you to live the way Jesus lived, love the way he loved, pray the way he prayed, and never give up living for the One who gave his all for you.

Pastor Rick Warren’s book takes a Christ-centered approach to answering life’s most fundamental question: What on earth am I here for? Living out the purpose you were created for moves you beyond mere survival and success to a life of significance—the life you were meant to live.

Cure For The Common Life

In Cure for the Common Life, Max Lucado offers practical tools for exploring and identifying your own uniqueness, motivation to put your strengths to work, and the perfect prescription for finding and living in your sweet spot for the rest of your life.

In Truly Free Robert Morris invites us into a glorious truth—that the promise of being set free from the slavery of sin is a promise to be set free completely. Jesus saves us, trains us to resist the power of evil, and delivers us from anything that holds us back. With Jesus, we can be truly free forever.

The Life Application Study Bible contains notes that not only explain difficult passages and give information on Bible life and times, but go a step further to show you how to “take it personally,” as God’s Word speaks to every situation and circumstance of your life.

Benevolence means “an act of kindness; a charitable gift.” If you are struggling financially and need such an act of kindness, please fill out our Assistance Application. We accept applications from members and non-members.

Please be sure to fill out the form completely and include a copy of the bill you would like to be considered for payment. You may mail, email or fax your form to our office:

You are urged not to wait until the last minute to turn in your form so that there is adequate time to process your request. Processing may take several days to over a week. You will be notified first once the Benevolence Committee has made it’s decision. We make a special effort to keep things confidential, so the church office is not notified of the status of your application.

“For I was hungry and you gave me something to eat, I was thirsty and you gave me something to drink, I was a stranger and you invited me in, I needed clothes and you clothed me, I was sick and you looked after me, I was in prison and you came to visit me’ … ‘I tell you the truth, whatever you did for one of the least of these brothers of mine, you did for me.”
Matthew 25:35-36, 40

“Therefore, as we have opportunity, let us do good to all people especially to those who belong to the family of believers.”
Galatans 6:10

Manna House is open to anyone in our community who faces a food emergency.

We offer clients the opportunity to “shop” once a month in the food pantry located in the Small Church Building, across the street from the Main Church Building.